The sedimentation principle is used in many industries and applications, including physics, biology, chemistry, engineering and medicine. They are used to separate components from a sample based on density. This separation occurs within them as centrifugal force causes denser substances and particles to move outwards in the radial direction due to centripetal acceleration. This blog post will explain how they work.

The force of a centrifuge is defined as the product of the rotational speed and the radius of rotation.

The force that occurs is the cause of this separation. The equation for centripetal force can describe how the force acts on particles and materials.

The formula for acceleration at radius r from origin:

Applicability of a sample

A centrifuge determines the applicability of a sample for further analysis by separating components into layers. It uses the force of gravity to separate materials from each other in a liquid solution or suspension based on their size and density.

They spin a container up to 60,000 rpm (revolutions per minute). They are used primarily in chemistry labs but also have applications in food processing plants, forensic science, and many other fields.

Acceleration causes denser substances and particles to move outwards in the radial direction.

Force acts on an object that moves in a circular path with constant speed, causing it to follow a curved path. If you were to throw a ball around in a circle, it would follow a curved path because of centripetal force pulling on it at all times. The same is true for objects orbiting planets or stars like Sun: they’re constantly being pulled towards their centre by centripetal forces as they orbit around them at constant speeds of up to 17 miles per second (28 km/s)

They come in various rotor types, such as fixed-angle and swinging-bucket rotors.

Fixed-angle rotors have no moving parts; the entire device is stationary when running. This can be helpful if you keep samples at an exact angle during centrifugation. Swinging bucket rotors are more versatile because they allow you to change the separation angle. They also give you more control over how much liquid is being drawn out of your sample during spinning.

A swinging-bucket rotor is an open rotor that allows liquid to drain from samples at a specific angle, allowing various sample types to be tested. A swinging-bucket rotor attaches the sample tube containing solids or liquids by its centre to a support arm. The tube will then hang out and rotate while keeping constant contact with it. As force increases, so does friction between solids in solution and the walls of the container holding them; this causes them to settle out on the bottom side of the liquid level, where they are free from shear stress.

These are used for many applications, including biological and chemical processing. They are also used in medical settings to isolate blood cells from plasma or platelets from the rest of the blood sample. The force applied can be measured using various techniques such as dynamic balance, rotational rheometry, or pressure transducer measurements 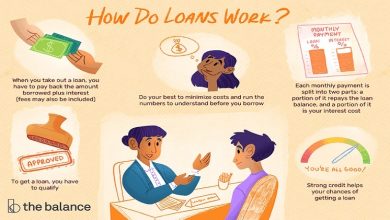 Knowing the Parts of the Cash Loaning Business

How to Use Kratom Powder in Our Everyday Existence